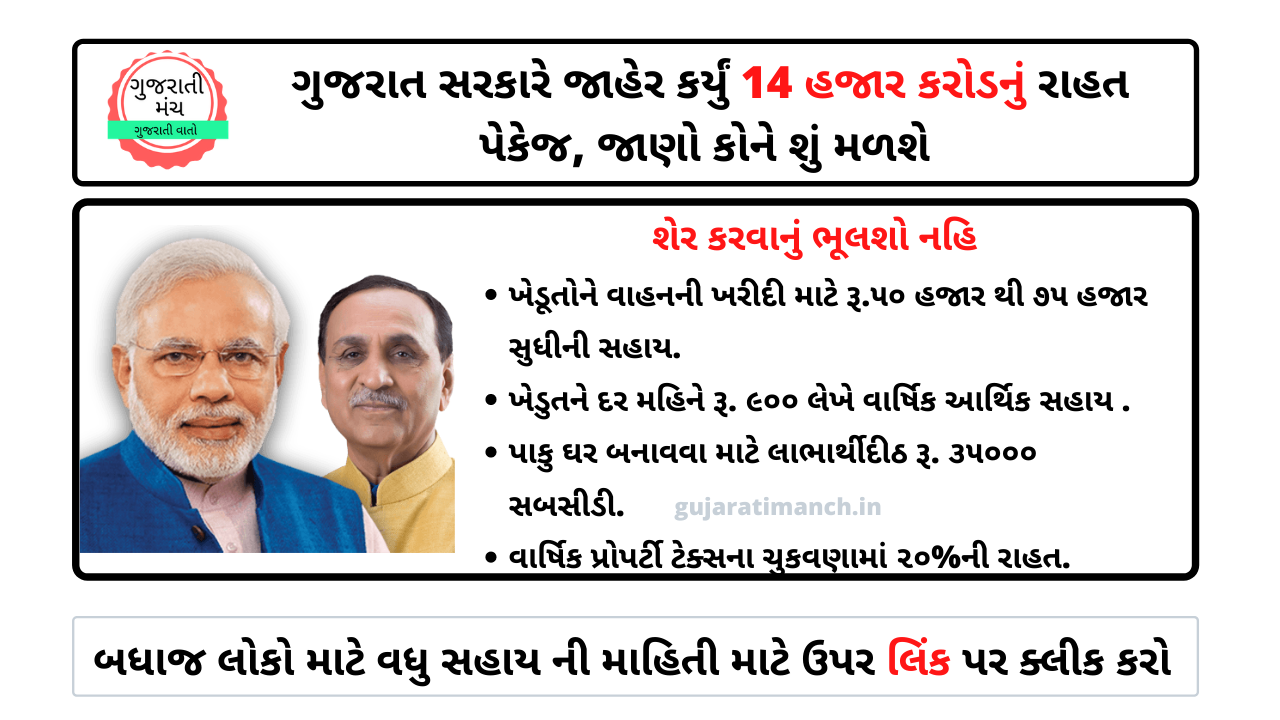 He announced a 20 per cent waiver in the annual property tax. At the same time, the government had allocated Rs 460 crore for GIDC. At the same time, if tribal workers are given a subsidy of Rs 35,000 to build a house, the GST refund will be paid immediately so that the traders do not run out of money. So Chief Minister Vijay Rupani also announced a 6-month road tax waiver for private luxury buses, taxis and cabs. Further details are as follows.

The Gujarat government announced the ‘Atmanirbhar Gujarat’ scheme. More than 10 lakh people in the state will benefit from this scheme. Loans up to Rs 1 lakh will be given to artisans and traders. The interest on this loan will be charged only 2 per cent instead of 12 per cent. Based on the application without any guarantee Rs. A loan of up to Rs 1 lakh was announced.

In the midst of the Corona scuffle in Gujarat, CM Rupani announced a package of Rs 650 crore for 65 lakh poor unorganized workers, construction workers. Announcing this, Rupani said that the government would deposit Rs 1,000 in the bank accounts of 65 lakh families to help them financially in Corona’s situation. In addition, the cattle will also get adequate fodder and at present when trade is closed due to lockdown, all registered cowsheds and cages in the state will be provided Rs 25 per animal by the Rupani government during the month of April to avoid financial crisis. A package of Rs 20 to 5 crore was announced for this.